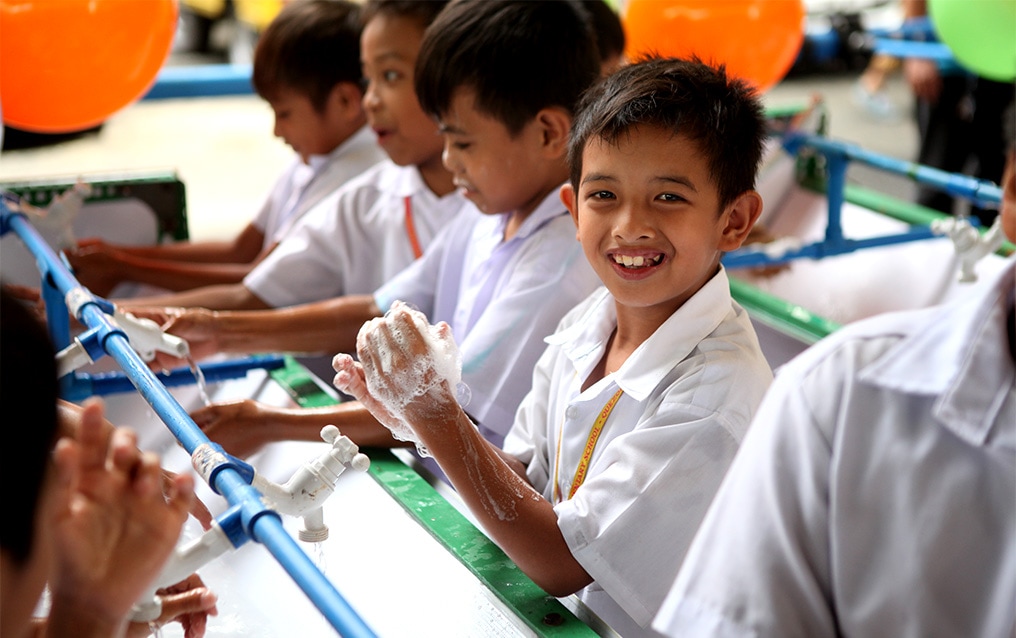 Schoolchildren of Balara Elementary School actively participated in the fun and interactive learning session which was followed by a ceremonial washing of hands during the GHD kickoff on October 3.
To help promote a healthier future, various local government units supported the country-wide and month-long celebration of the 2016 Global Handwashing Day (GHD) spearheaded by Manila Water Foundation (MWF) where over 130,000 individuals have been engaged to create lasting pledges to make proper handwashing a lifestyle in order to help eradicate the spread of communicable and easily preventable diseases. 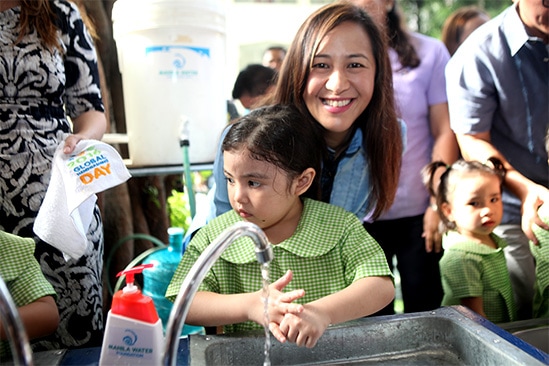 
Quezon City Vice Mayor Joy Belmonte shared how the advocacy on proper handwashing can help address the problem on child mortality which is also one of the commitment of the local government. 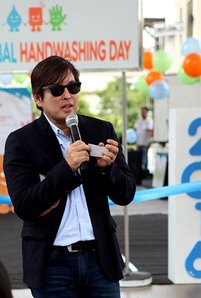 Sta. Rosa City, Laguna Mayor Dan Fernandez expressed his support towards proper handwashing by highlighting its importance in maintaining once health.
GHD, which is an annual international campaign held every 15th of October, was started in 2008 by the Global Public-Private Partnership for Handwashing. In the Philippines, MWF has been one of the most active proponents in promoting this advocacy that aims to prevent diseases in a cost-effective manner through a series of events promoting the advocacy on proper handwashing with soap and clean water. During the main GHD celebration attended by over 2,000 students, parents, and teachers at Circuit Makati, MWF President Ferdinand Dela Cruz reinforced the Foundation’s support for this annual international campaign by looking back on how it all started.
​
“Ang Manila Water Foundation ay matagal na ring sumusuporta sa Global Handwashing Day celebration. Kami po ay nagsimula sa Metro Manila at last year, kami po ay naging nationwide sa pag-promote ng Global Handwashing Day at hindi lang po isang araw kundi buong buwan ng Oktubre na idineklara namin [bilang] Global Handwashing month,” (For years, Manila Water Foundation has been supporting the Global Handwashing Day celebration which we started in Metro Manila. Last year, our nationwide campaign started where we declared the whole month of October to be the Global Handwashing month.) he shared. 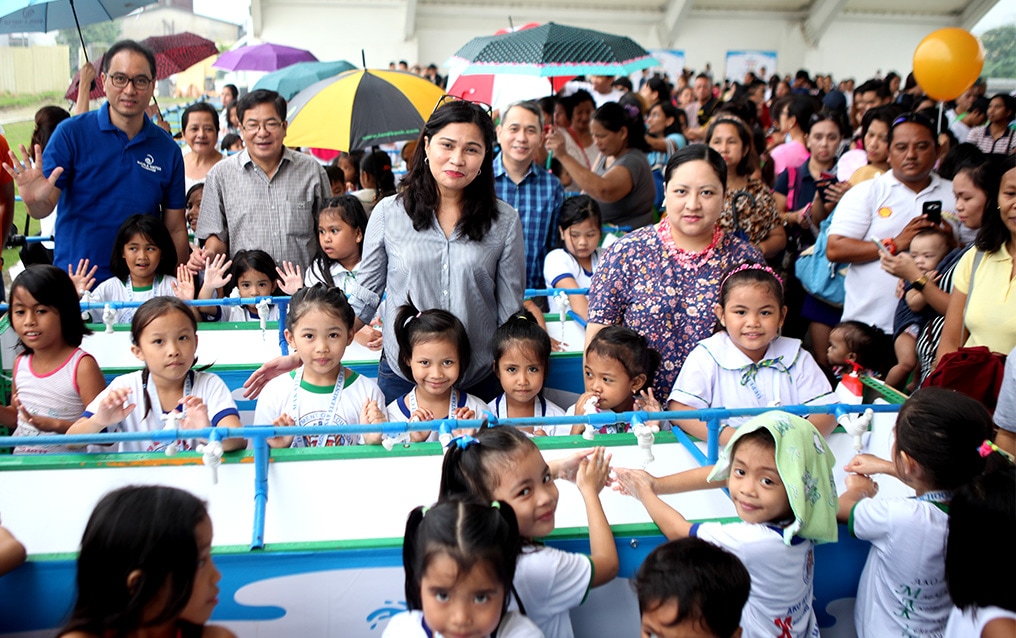 MWF President Ferdinand Dela Cruz heads the washing of hands during the Global Handwashing Day celebration held at the Circuit Makati on October 15. Also in the photo are DepEd Makati School Governance Operations Division Chief Claudio Rojo, Makati Health Department Head Dr. Bernard See, 2nd District Councilor Evelyn “Bing” Villamor, and MWF Executive Director Carla May Beriña Kim.
Dela Cruz also highlighted MWF’s fun and interactive activities for pupils, which include a lecture demonstration and actual application of the seven steps of handwashing, to ensure that the advocacy’s importance is inculcated upon them. He then encouraged all pupils in attendance to pass on everything that they have learned to their families, schoolmates, and friends true to this year’s theme “Make Handwashing A Habit.”
​
Prior to the October 15 main event, MWF has taken the advocacy of proper handwashing to various school events, malls and communities. The festivities will continue up to the final day of the month wherein an estimated 5,000 on-site attendees are expected to participate and learn about the value of proper handwashing with soap and water. 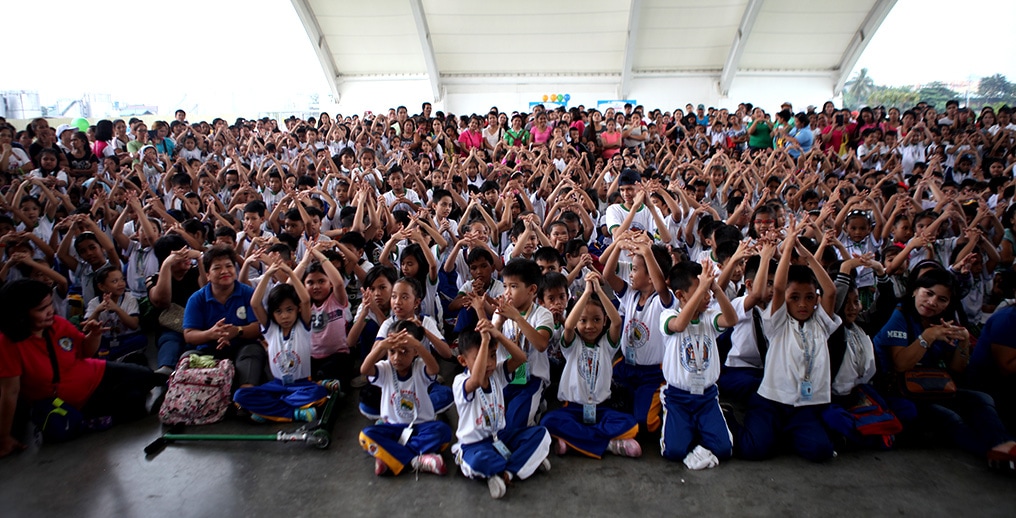