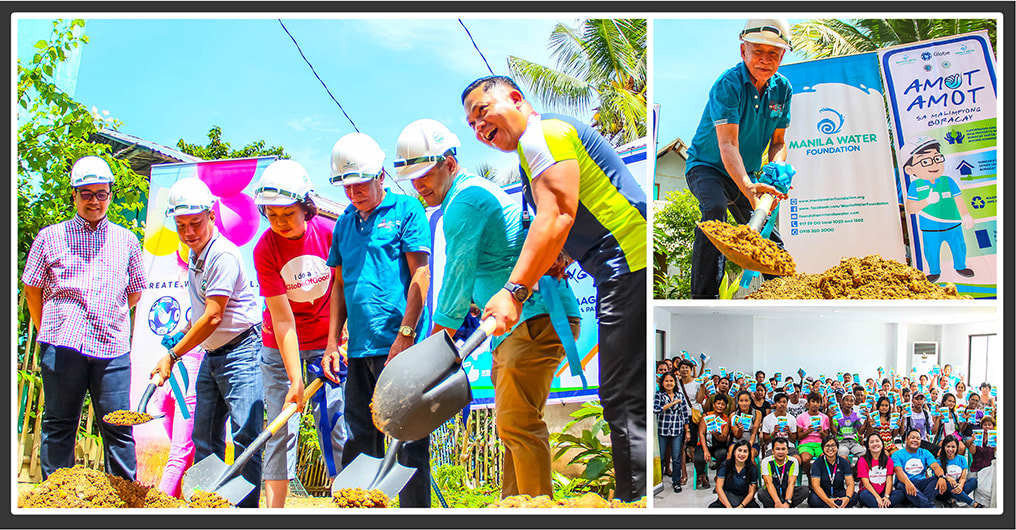 Several local organizations, institutions, and government leaders played a role in developing this project. Amidst them is Nathaniel Sacapaño, a local resident who generously initiated the donation of a portion of his land for the development of the tank. This notable initiative will ensure proper used water containment of the 15 low-lying households comprising his community.

“Boracay is my hometown. The purpose of the project was explained to me, and I fully understood its value. I believe that we can all do something, no matter how big or small our contributions are.”

Also part of the island’s rehabilitation initiatives is the distribution of 8,000 packs of Vigormin - a low-cost, organo-mineral solution to boost the removal rate of organic pollutants in septic tanks for improved quality of used water. Four thousand households from Barangays Balabag, Manocmanoc, and Yapak in Boracay, who are not yet connected to the sewer lines, each received two kilos of this organic product. Dr. Merlinda Palencia, the project lead of Vigormin and one of the awardees of the MWF Prize for Engineering Excellence, spearheaded the distribution and demonstrated its value to the environment and, in effect, to one’s health.

Mr. Mike Santos, General Manager of BIWC, reiterated the importance of the initiatives and the possible impacts of the projects to the overall rehabilitation of the island. These projects are in support of their very own Amot Amot sa Malimpyong Boracay or Toka Toka sa Malinis na Boracay campaign.

“90% of the residents here [in Boracay] have not yet connected to the sewer system, mostly because the cost of building a system is expensive. Land is [also] expensive. Which is why we are thankful to Mr. Nathaniel Sacapaño, who is kind enough to donate his land for the construction of the communal septic tank. This is just the beginning. It is in my hopes that we continue to strengthen our initiatives to sustain Boracay.”

“These programs are testament of our commitment to the island. With our partners, our commitment remains. On joyous times, to the closure of the island, and until its much-awaited opening, we will be here.”

After the pilot project’s construction, monitoring and evaluation of the structures will be undertaken to determine its performance.