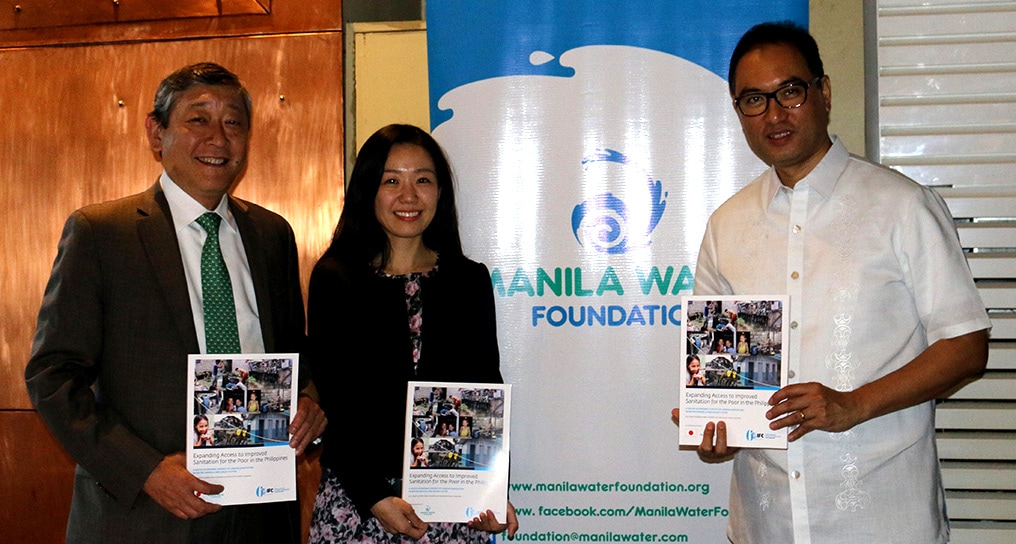 ​MWF and IFC recently completed a study aimed at improving sanitation practices and conditions among low-income families in the country.

MWF partnered with IFC, a member of the World Bank Group, to conduct a study to develop pro-poor sanitation solutions and healthy sanitation practices in the country. The study aimed to further improve MWF’s local sanitation program, which has been one of the Foundation’s main thrusts since 2015.

This initiative is aligned with the UN Sustainable Development Goal 6 which is to “achieve access to proper sanitation and hygiene for all and end open defecation”. Locally, it was also in response to the 2017-2022 Philippine Development Plan, which stated that 5.9% of the country’s total population are still in need of improved sanitation despite interventions from the government.

The joint study was conducted in select urban and peri-urban communities in Metro Manila and other cities in the Philippines. Among the respondents who did not have private toilets, 9% still practice open defecation and 3% use chamber pots as an alternative solution, both of which pose negative health and environmental risks.

Aside from these, respondents shared the psycho-social consequences of not having private toilets such as being the subject of gossip, having to get in line just to have access, and facing issues on safety.

Masuoka also said that forming strategic partnerships among various stakeholders is a viable solution to combat local sanitation woes. “Although improving sanitation is a complex goal, multiple stakeholders working together to create solutions tailored to the circumstances of low-income households in the Philippines is important for developing an approach that balances the aspects of sanitation that households most value with the barriers they face in financing and constructing improved facilities.”

MWF Chairman Ferdinand Dela Cruz also emphasized the study’s expected impact on the lives of grassroots-level communities in the Philippines.

“Our partnership with IFC in research and development is vital in realizing this pro-poor sanitation agenda. Having them on our side has helped us in developing our own brand of a sanitation program that uses a people-centric and context-based approach, recognizing that no single technology or solution can address the Base of the Pyramid communities’ sanitation needs,” Dela Cruz said.

Aside from the joint study, MWF piloted the construction of a community toilet in Cainta, Rizal. The result was an eight-cubicle communal toilet facility in San Buena Compound built in 2015 that has since benefited more than 1,300 individuals.