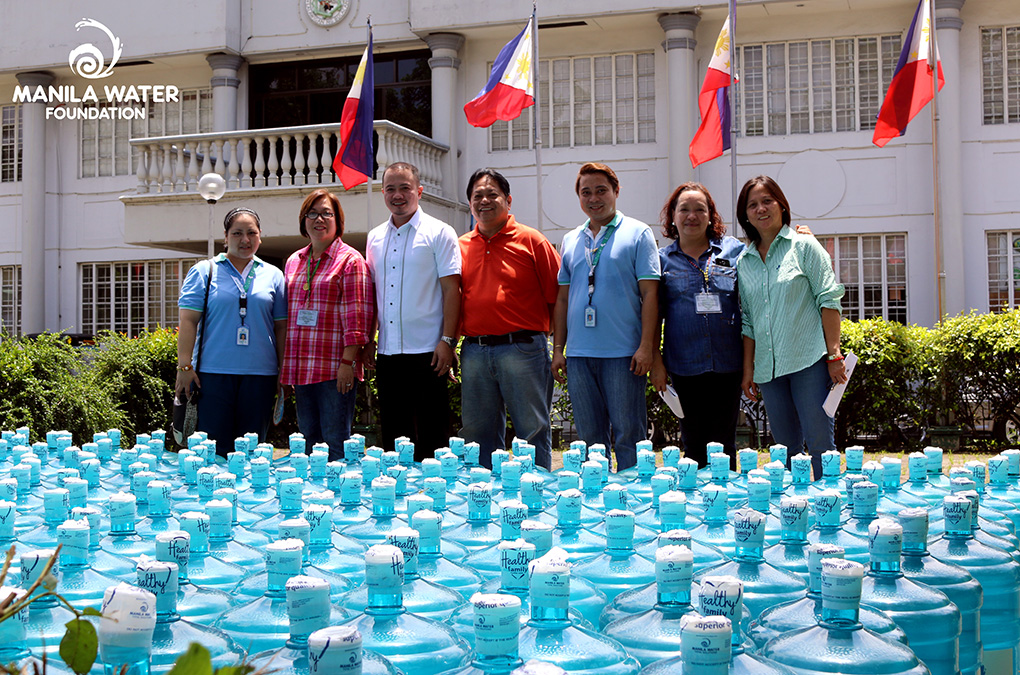 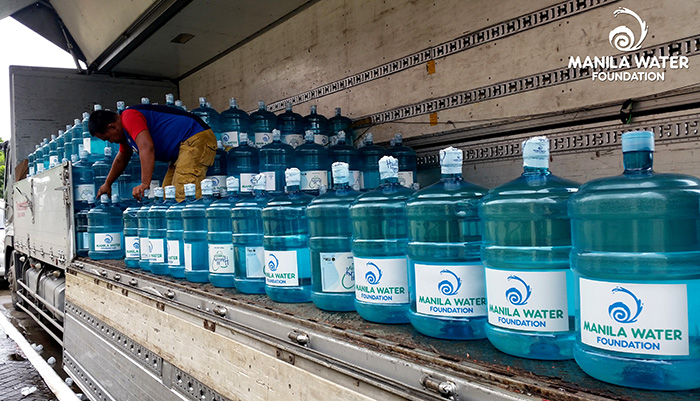 Beneficiaries of the water bottles are residents of areas heavily hit by the monsoon rains in Bataan, Pampanga, Bulacan, and Pangasinan. Among them is Ben Paule who lives in an Aeta community in Brgy. Tubo-Tubo, Dinalupihan, Bataan. He shared that he feared for his three grandchildren who were left under his care when their mother passed away due to a blood infection.

​
MWF distributed 43,000 gallons of water and 100 solar bags to Habagat affected areas in North and Central Luzon for the benefit of 8,600 families. 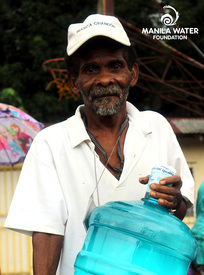 Ben Paule, an elder of an Aeta community in Dinalupihan, Bataan, was one of the beneficiaries of the MWF’s disaster response. The water he received will help him and his three grandchildren who became orphans at a young age. 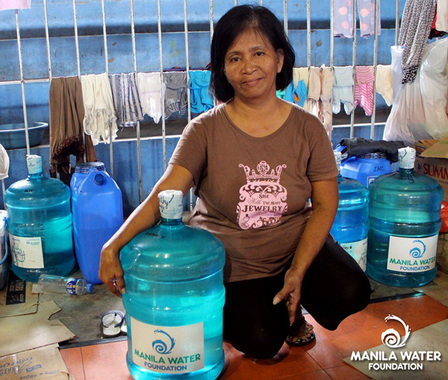 Other beneficiaries from nearby municipalities also expressed their gratitude for the help that they have received from MWF. Merlita Arga, an evacuee in Dagupan City, Pangasinan shared her experience and how having safe drinking water will help her family get through their days in the evacuation center. “Limang araw na kami dito [sa evacuation center]. Umabot na yung baha sa bahay [namin]. Lagpas tao [na]. Pinakamalalim doon sa amin sa [Sitio] Fisheries. Wala na rin po kaming maiinom na tubig. Maraming maraming salamat po dahil tinulungan po ninyo kami. [Ngayon,] makakainom na po kami,” (We’ve been in the evacuation center for five days now. The flood already reached our houses in Sitio Fisheries. We also have no water to drink. Thank you very much for your help. Now, we have safe water to drink) she quipped.

Merlita Arga, one of the evacuees ffrom Sitio Fisheries, Malued, Dagupan City, Pangasinan who already spent five days in the evacuation center, expressed her gratitude upon receiving safe drinking water from MWF.
Aside from residents who directly benefited from the donation, local leaders of different municipalities also expressed their appreciation on behalf of their constituents. Dinalupihan, Bataan Mayor Gila Garcia said that they are very grateful for the good gesture that MWF has extended. She also reiterated the importance of having a clean water source in her jurisdiction especially since a large portion of their population still doesn’t have direct access to piped water. “Talagang we saw na you were here right away. You called even before we asked. We really need to address the issue on safe and potable water for all our households. So we are hoping that somehow, considering all the situations that are already given, that we will have an opportunity to work together with Manila Water Foundation and Manila Water Company,” she said. 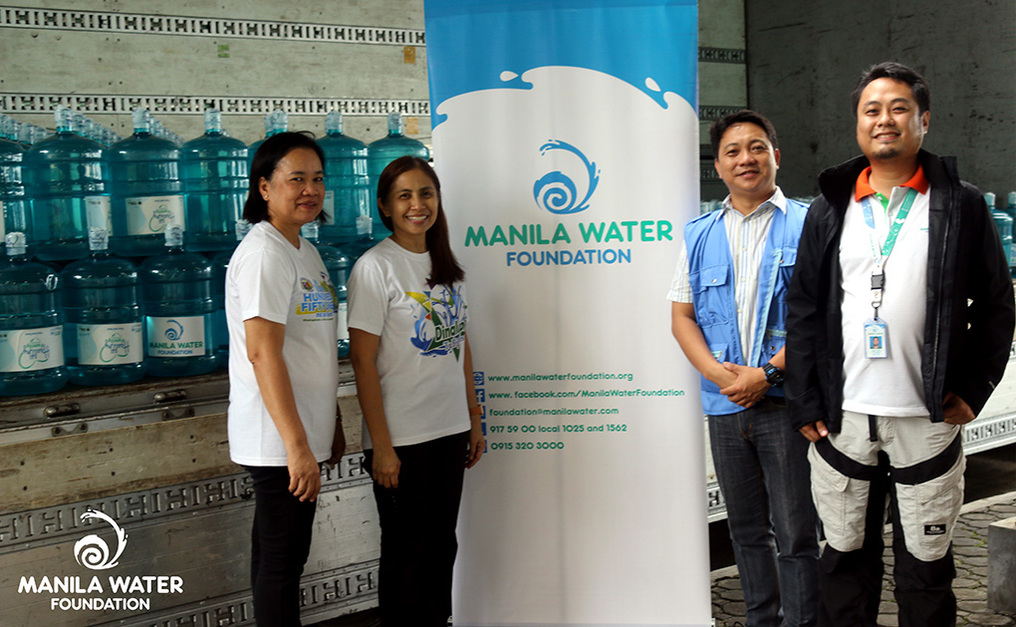 Aside from the water bottles, 100 solar bags were also given to serve as portable water treatment apparatuses in Calasiao, Pangasinan. Part of the funding for the distributed items was taken from a special block screening organized by MWF back in June.
​
To view more photos, please visit facebook.com/manilawaterfoundation
​
www.manilawaterfoundation.org